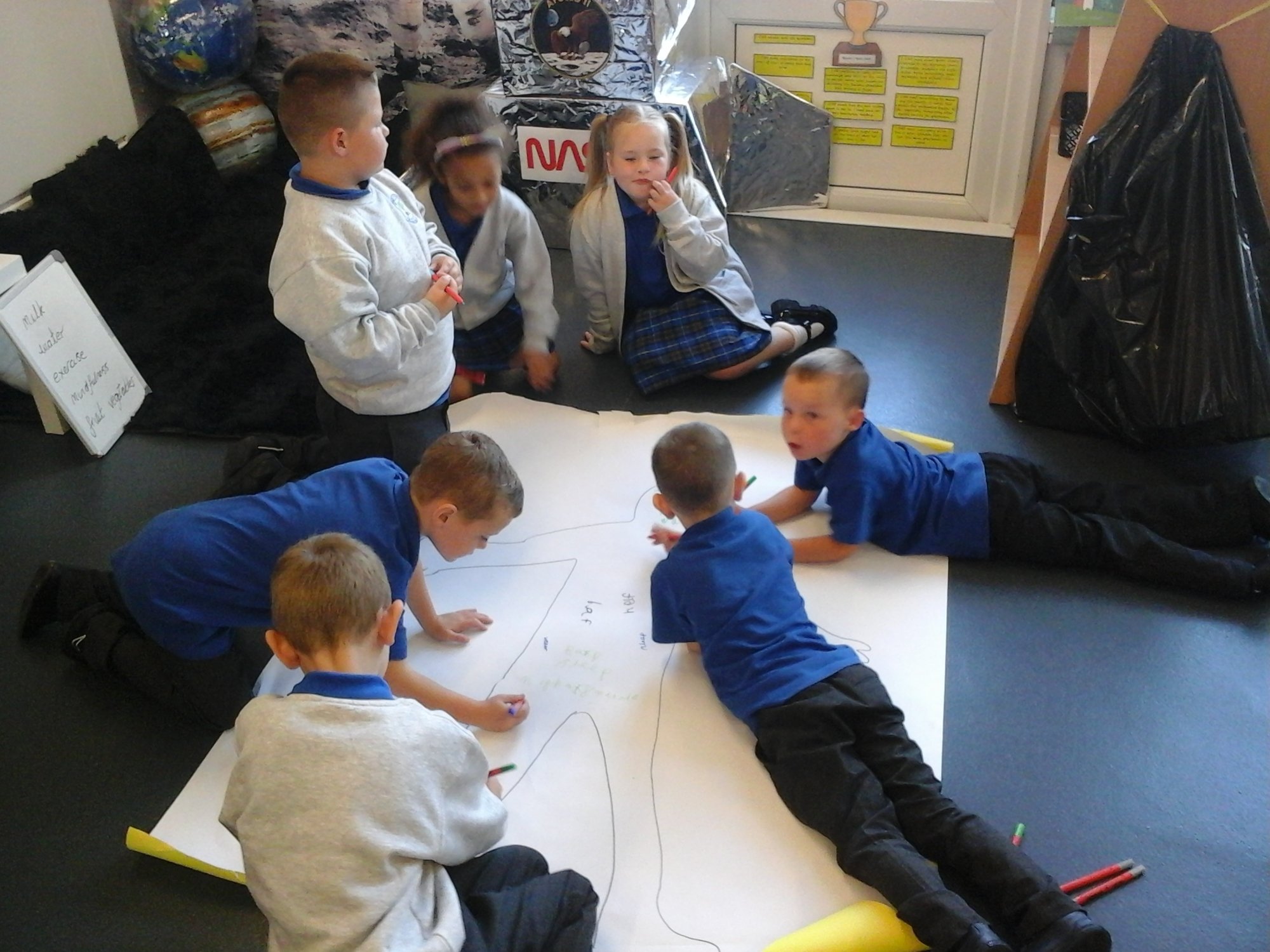 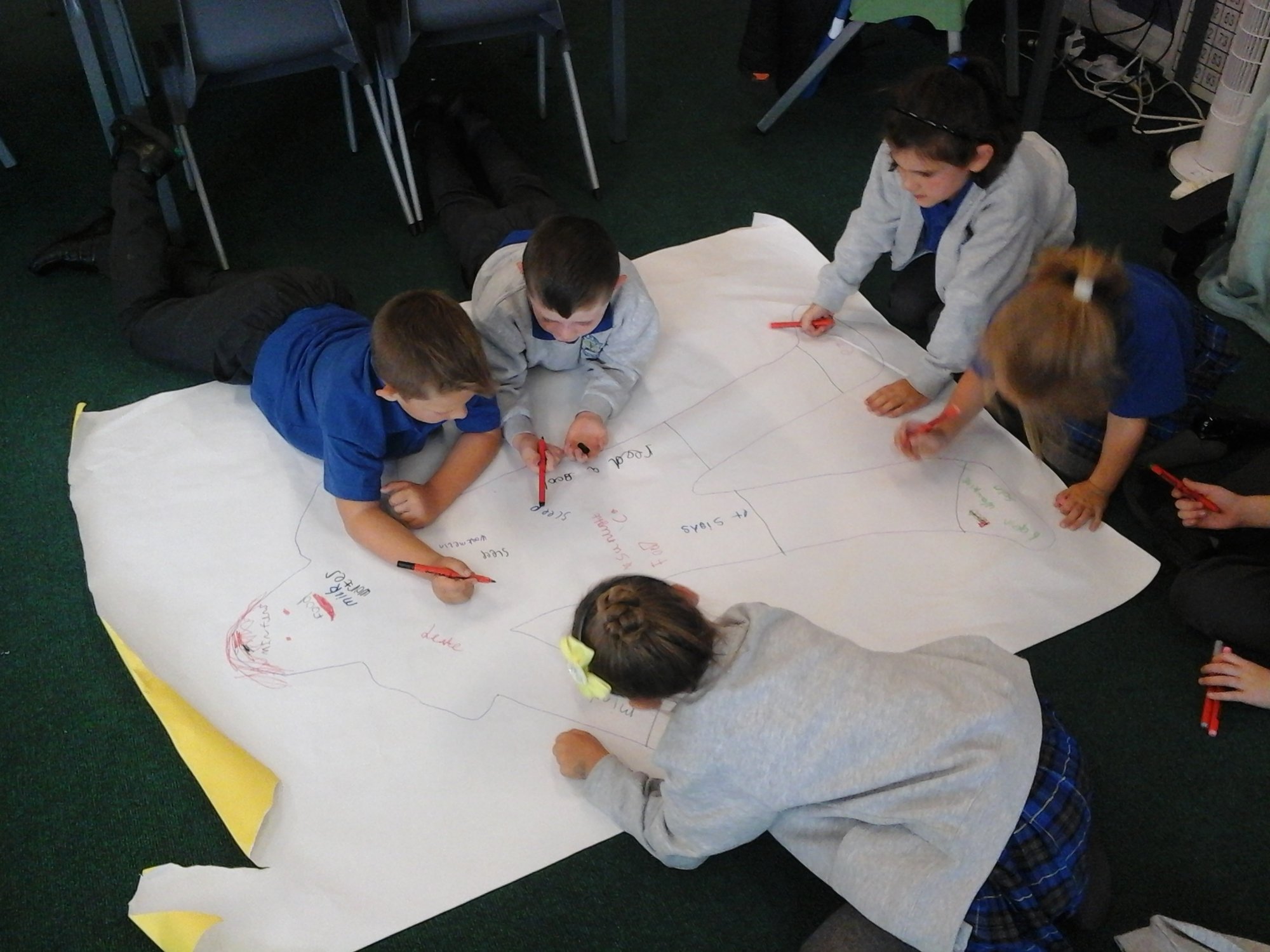 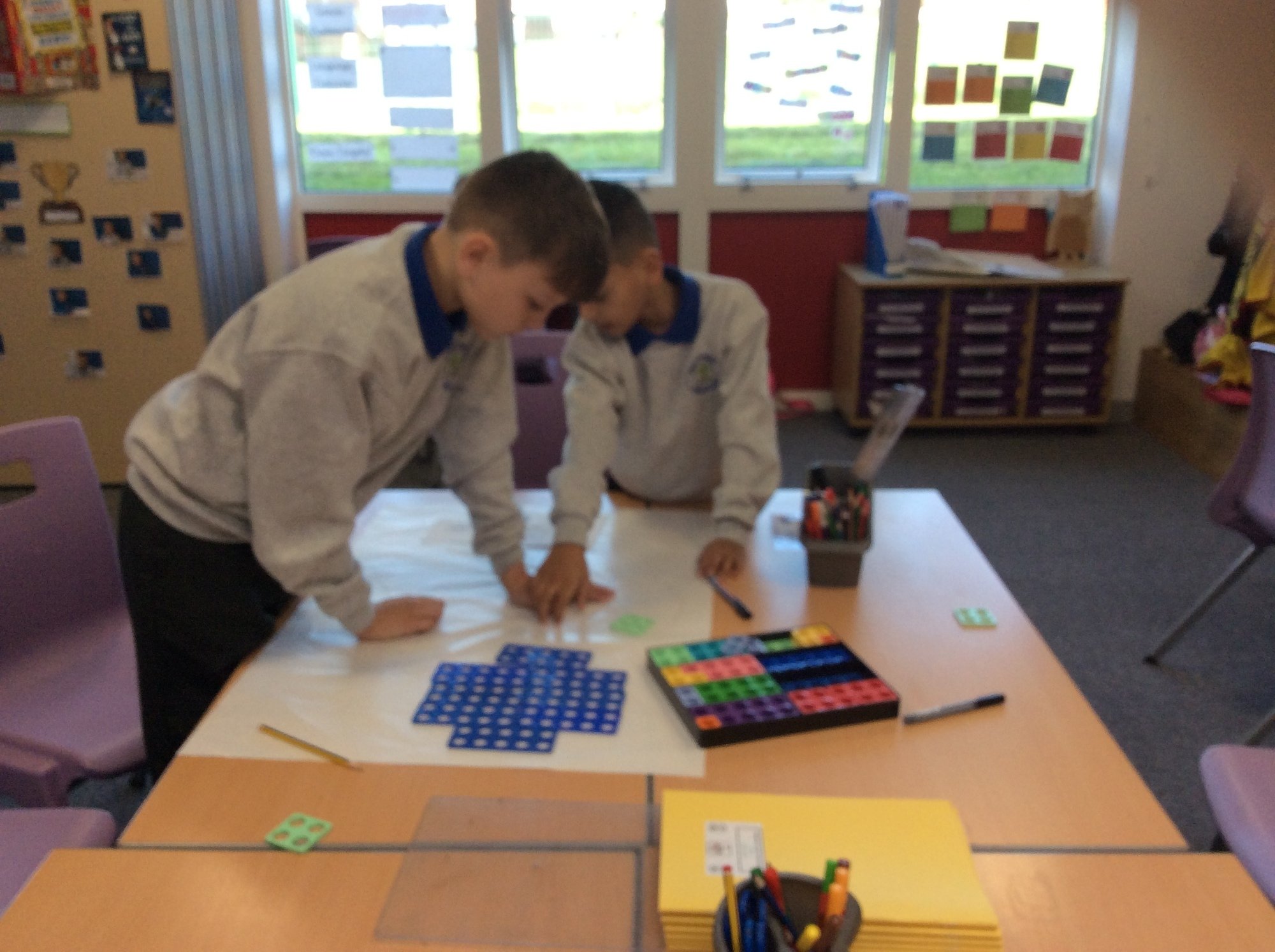 The head teacher of Rift House Primary in Hartlepool says he's devastated by the fire which has destroyed much of his school.

The blaze ripped through the school last night (May 7), destroying the nursery and Year 3 classroom.

Everyone is devastated by the fire which has destroyed the school nursery and Year 3 classroom which were located in an annexe next to the main school building.

The support from staff, parents, children, the Council, emergency services and education colleagues has been fantastic and I cannot praise everyone enough for helping out during our moment of need.

Emergency services were at the scene, while nearby residents were advised to keep doors and windows closed.

A fire-hit Hartlepool primary school has been overwhelmed with donations from the community to help it get back on its feet. Rift House Primary School has had so many gifts of toys and other items for its nursery, which was badly damaged in a suspected arson attack last week, that it has run out of room to store them.

The nursery building, which incorporated a Year Three classroom, was destroyed in the fire on Sunday 7 May. Headteacher David Turner said: “I’ve been overwhelmed by the support from the whole Hartlepool community. “Everyone has been absolutely fantastic and I’ve been inundated with offers of help town wide.“Thanks to the resilience of our children and support from parents, families, staff, education colleagues, the local authority and the Hartlepool community, the school has bounced back following the incident and everyone is looking ahead to the future.

“The donation of toys and other items for the nursery in the aftermath of the fire have been unbelievable. “However, we have received so many donations we do not need any more. Every day, dozens of people have been bringing items into school but we have run out of space to store them.

.The donations include books, soft toys, bicycles, play sets, scooters and much more.Luckily, the nursery was separate to the main school building so most pupils only missed out on two days at school  A demolition team is on site this week clearing the remains of the nursery building.

Converting media.
(Media will continue converting in the background) 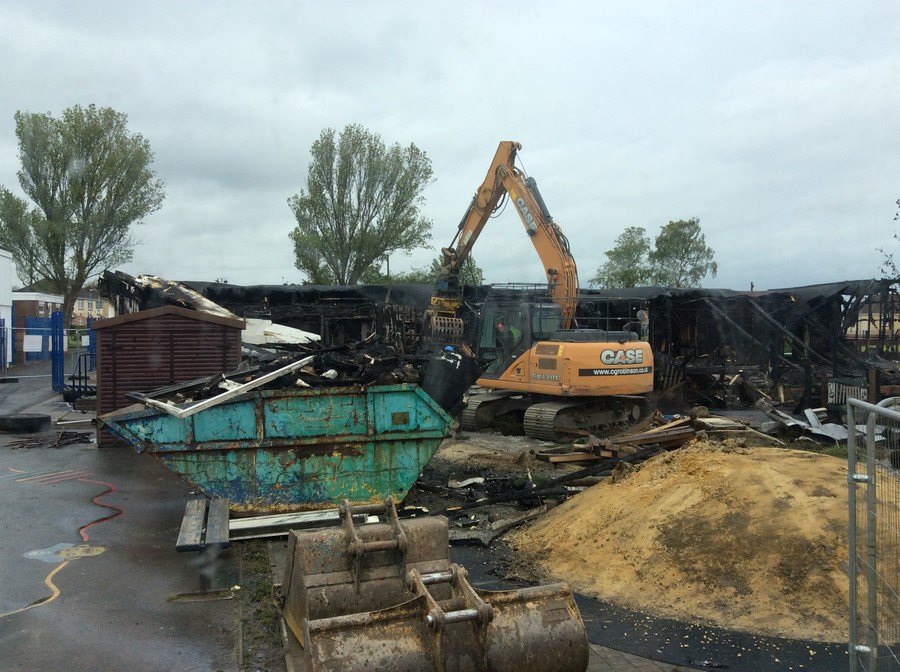 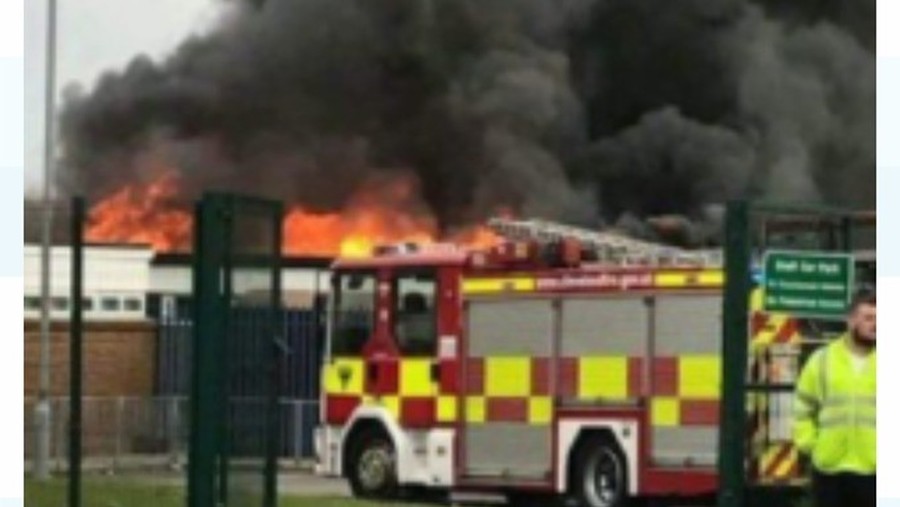 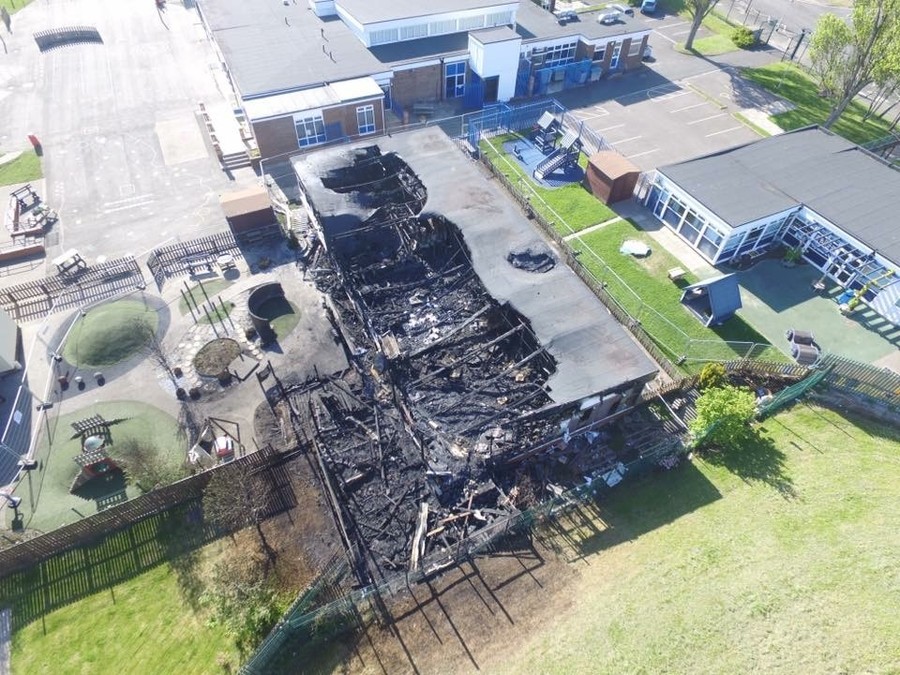 These shocking images show the devastating impact of a fire which tore through Rift House Primary School. The photographs, which taken from the air by Hartlepool resident Jay Petch, show the scale of the blaze which ripped through a nursery area and the Year 3 classroom of the school on Masefield Road on Sunday night.

Mr Petch called the damage 'devastating' and said many people didn't realise the extent of the devastation.  The school was closed to all but Year 6 pupils on Monday and Tuesday for their SATs tests, but it re-opened to all children today.  Headteacher David Turner has praised the actions of emergency services, colleagues in education, and parents and others in the community for their amazing support. 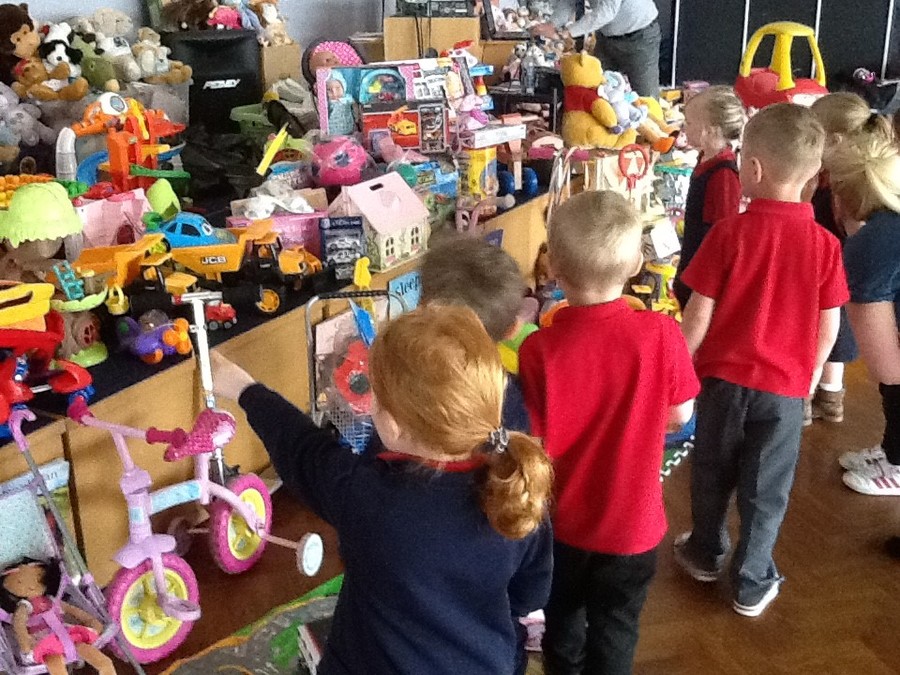 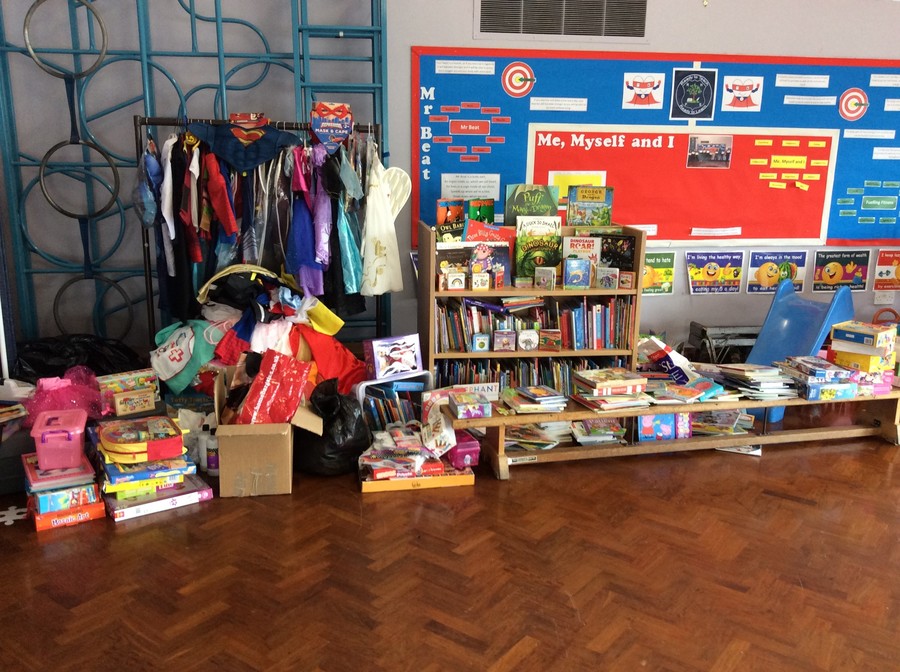 The demolition of a primary school ravaged by fire has started.

Rift House Primary School was severely damaged by the fire which broke out on Sunday, May 7.

Footage showing the demolition process was filmed from the school grounds.

Doors and part of the school’s charred roof can be seen being taken down by the claw mechanism of a digger vehicle as onlookers watch.

Speaking at the time, head teacher David Turner said the whole community was “devastated by the fire”, but was overwhelmed at the support of staff, parents, and other schools, as the clean-up operation took place.

The school, on Masefield Road, has even been donated a large amount of toys and equipment to replace some of those ravaged by the flames.